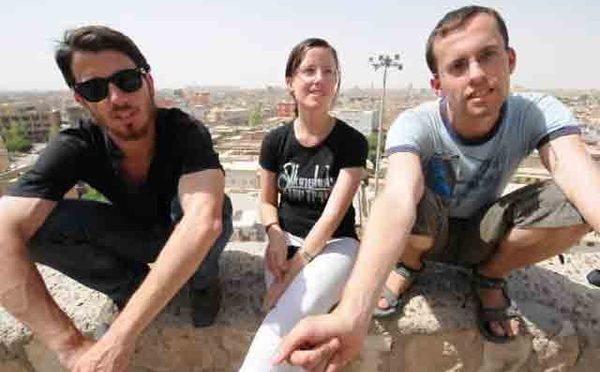 Shane Bauer and Josh Fattal were freed from Tehran’s Evin Prison after serving more than two years on allegations of spying.

The two were arrested – with Sarah Shourd, now Bauer’s fiancee – in 2009 while hiking in Kurdistan. Shourd was released last year.

Media Alliance, which served as the fiscal sponsor for the support project, Free the Hikers  welcomes them home after too long a time.