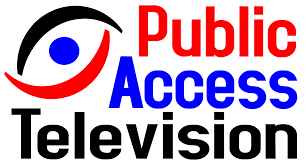 In May of 2009, I became a public access television producer. Couldn’t have picked a worse time.

Not because I don’t enjoy hosting and co-producing Media News. It’s a great joy to interview guests and try to shed a little light on the issues closest to my heart including: net neutrality and the digital divide, coverage of turmoil abroad and at home, the loss of local public affairs coverage and the rise in citizen journalism. I feel privileged to bring voices that need to be heard onto my local TV dial.

The reason it was bad timing is that the nation’s more than 3,000 public access centers are on the verge of extinction. Yours may go next week, next month or next year, but their days are numbered due to statewide cable franchising. 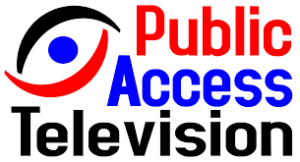 Statewide cable franchising is a term designed to put just about anybody to sleep, but here is what it really means. In the good old days, your local cable oligopoly, be it Comcast, AT&T or Time Warner, was required to go from county to county and negotiate for the right to be the cable provider of choice. In exchange for this mini-monopoly (whose value has been somewhat, but not entirely, degraded by the entrance of satellite providers like Dish and DirecTV), cities and counties could ask for things. Some were more or less asleep at the wheel, but many of them negotiated lots of great amenities: channels for governmental meetings to be aired, educational channels for the local schools and public channels for the citizens-at-large, sometimes including fully-staffed production studios that trained thousands of people in media making and citizen journalism.

Then AT&T decided this wouldn’t do, and launched their massive lobbying machine at the spunky and seriously undermanned PEGs (public, educational and governmental channels). They went state-by-state, legislature-by-legislature, and made their case that ever-rising cable rates could only be stemmed by more competition in the marketplace. The way to get more competition in the marketplace? End all this tiresome local negotiating and allow the giants to negotiate with one entity for all their franchises in the entire state. In my state, California, the law that became AB 2987 – The Digital Infrastructure and Video Competition Act, assigned the Public Utilities Commission to that task. In the end, similar laws passed in 28 of the 50 states between 2004 and 2009.

The results are predictable. The laws and the outcomes vary from state to state, but essentially operational funds were gutted and channel-slamming, the act of layering multiple local PEG channels behind one menu so nobody will ever find them, became the rule. The lowest common denominator won out.

You can see why this might matter to me. But you might be wondering why this matters to you. After all, many of us are pretty overwhelmed with the amount of information we’re already sorting through and we may have never watched a public access television program.

But lets not forget a few things. In my state, only 66% of households have high speed Internet access in their homes. The other 34% don’t. Polls consistently show that more than 51% of American adults still cite the television as their primary source for news and information. There are a lot of people sitting around flipping their remotes looking for stuff to watch. And there’s not always much out there.

Even for those of us busily carting our laptops about, the Internet is a land of affinities. Sites emerge from Google searches you initiate or as links from places you already frequent and people you know. In some ways, it’s a bit of a closed circle.

I was once channel surfing with a friend late one night. All of a sudden she yelled out “that’s my hairdresser”. Turned out her hairdresser was a pesticides activist in her spare time and hosted a once-a-month program on the dangers of common household products. We weren’t looking for information on toxins in cosmetics. We started watching because we knew this person. And we stayed watching because we learned something: both about the subject and about someone who lived in our neighborhood.

That’s the importance of community media: the proximity that brings issues and people together that might never ordinarily bump into each other though they live side by side.

It is only mass communications that provides the opportunity for someone to stumble upon something unique when they tire of watching Inside Edition. Every time it happens, it’s a little miracle.

These are not miracles we can afford to lose and its not looking too good right now. There is a bill, H.R 1746, the Community Access Preservation Act of 2011 in the House of Representatives, which will go a long ways toward blunting the most damaging effects of the statewide franchising laws. But it needs support. It’s not a partisan thing. Call or write your representative today and tell them “Hey, I want to be able to watch my county board of supervisors duke it out till all hours of the night. I want that working mom to be able to take GED prep courses on the TV around here. And I want my hairdresser to make the world just a little safer for teenage girls buying their first makeup products”.

It doesn’t totally compensate for those ever-rising cable television bills, but it helps.

And if you still have one, check our your local public access television channel. You won’t be sorry you did.