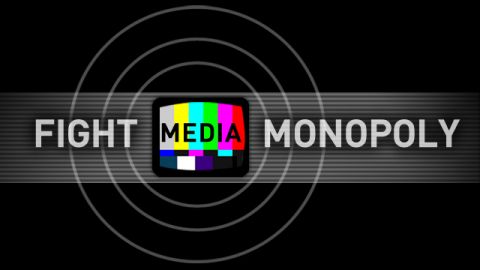 Today, the U.S. Court of Appeals for the D.C. Circuit denied the emergency stay motion filed by public interest groups, including the National Hispanic Media Coalition, Free Press, Common Cause, Media Alliance, and United Church of Christ, OC, Inc., which sought to prevent the Federal Communications Commission from implementing its decision to reinstate the so-called UHF discount. This will allow the FCC to make it easier for the nation’s largest television ownership groups to acquire additional stations, and crowd out diverse and local voices.  The groups are represented by the Institute for Public Representation at Georgetown University Law Center. Despite this interim ruling, the Court will hear the appeal later this year.

The FCC’s April, 2017 decision issued overturned a ruling issued in September, 2016 by an new Commission majority created after two Obama Administration appointees left the Commission. It allows large TV groups to evade a cap on how many stations they own by counting only half of the audience of UHF frequency TV stations towards a Congressionally-established limit of 39% of the nation’s TV homes. This undermines the goals of the Communications Act to promote localism, competition and diversity.

In the wake of the FCC’s decision to reinstate the discount, on May 8th Sinclair Broadcast Group announced plans to purchase Tribune Media TV stations for $3.9 billion. The deal would create a broadcast colossus with more than 200 TV stations, and would result in Sinclair reaching more than 70 percent of the national audience with stations in large cities such as New York, Los Angeles, Chicago and Dallas. However, by reinstating the technically outdated UHF discount, this large deal would mean that Sinclair would be in compliance with the 39% ownership limit.

“The Court of Appeals’ decision to allow the reinstatement of the UHF discount makes it easier for huge ownership groups to take over the media market, at the expense of Latinos, media owners of color and local voices that seek to serve their diverse communities,” saidCarmen Scurato, director of policy and legal affairs at the National Hispanic Media Coalition. “The DC Court has cleared the way for massive consolidation, negatively impacting the thousands of owners and consumers that this appeal represented. The FCC has a mandate to act in the public interest yet by reinstating the UHF discount, Chairman Pai has signaled that he is on the side of big media conglomerates that want more control of what we see and hear on the airwaves.”

“We’re disappointed by the court’s decision to deny the stay, but still plan to show the unlawful nature of the FCC’s arbitrary and capricious decision under review in this case,” said Gaurav Laroia, Policy Counsel at Free Press. “Chairman Pai’s decision to revive this obsolete rule would allow broadcast consolidation far beyond the already high limits set by Congress. And that would grease the skids for companies like Sinclair to cash in, acquiring other media conglomerates like Tribune with the merger those two companies proposed last month. Runaway broadcast consolidation at the national and local level is bad for competition, diversity and localism in broadcasting. Sinclair’s practices are a prime example of how consolidation undermines those three principles, with its penchant for dictating coverage to local affiliates and intervening in the editorial decisions of the stations it owns.

“Chairman Ajit Pai, President Trump’s appointee at the Federal Communications Commission, is a full partner in the Trump Administration’s attack on the press,” said Cheryl Leanza, Policy Advisor at United Church of Christ, OC, Inc. “With his decision to put an obsolete rule back on the books, Chairman Pai will devastated the American public’s access to multiple points of view from hard news sources. We look forward to a positive result when the court reviews the substance of this irrational and dangerous decision.”

“The UHF discount has long outlived its usefulness,” said former FCC Commissioner and Common Cause Special Adviser Michael Copps. “Reinstating it was a huge, unwarranted gift to Big Broadcast. So it is disappointing that the court did not rein in the broadcast-friendly majority at the FCC. We remain committed to halting the wave of media consolidation the FCC majority has sought to unleash.”

“The petitioners in this case regret the abrupt reinstatement of the admittedly obsolete UHF discount rule to aid a single corporation. Rushing through yet more media consolidation in a hasty and ill-considered manner is no favor to the public’s increasing frustration with the media,” stated Tracy Rosenberg, Executive Director at Media Alliance.

“This case is far from over,” said Professor Angela J. Campbell, Director of the Communications and Technology Clinic at Georgetown University Law Center’s Institute for Public Representation. “Most stay motions are denied. The Court’s unwillingness to grant our motion doesn’t change the fact that we have strong legal arguments against Chairman Pai’s unseemly rush to allow the nation’s largest broadcasters to become even larger.”

Media Alliance has been yelling about media consolidation for a few decades now.  A system that consists of satellites of just a few huge corporations stifles dissent, reduces alternative points of view and cannot hold power accountable to the public.

It is the more obscure corners of broadcast and Internet regulation that determine how much consolidation occurs and at how rapid a pace. Broadcast, scorned though it may be by Internet aficionados, remains the modality through which the majority of the US population says that they get their news, ownership limits have been the tools to slow the rate of ownership concentration.

Media Alliance joined Free Press, the United Church of Christ and Common Cause to sue the Federal Communications Commission (FCC) and request a stay on the lifting of the UHF Discount, a rule which prevented any broadcaster from capturing more than 39% of the market. Sinclair Broadcasting, a right-wing TV chain, filed to merge with Tribune Broadcasting immediately following the FCC’s lifting of the discount, which allowed the merger to go forward.

We are now awaiting the courts decision on whether or not the stay will be granted.

But like everything FCC, under the hatchet arm of Ajit Pai, public interest ownership limits are up for grabs again. The UHF limit is an old rule which allowed heavier rates of concentrated ownership in TV’s “UHF band”, which if you are very old you will remember once consisted of the second tuner dial on your TV and a bunch of considerably weaker stations than those on the “VHF” band, which contained the major network TV stations. 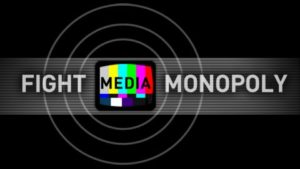 Made sense. Decades ago when UHF stations really were weaker. But time and technology marches on and now the UHF band is no weaker and in some cases, is stronger than the VHF band.

So what did the FCC just do? They reinstated the old UHF discount rule which allowed UHF stations to get a pass from an ownership limitation of no more 39% of the available stations residing with one owner. And one day after they did so,  Sinclair Broadcast Group, the nation’s largest TV conglomerate, announced a deal to buy 14 more television stations and negotiations to buy  the TV stations owned by Tribune . This would put them 30 percentage points over the national broadcast ownership cap. Before the UHF discount was reinstated.

Democratic politicians Anna Eshoo, Nancy Pelosi and Frank Pallone weighed in to point out that reinstating this obsolete rule to facilitate more media consolidation is, in a word, ridiculous.

If you want to read all the legalese, the FCC’s decision is here and a well-written ex parte by public interest attorneys at the Institute for Public Representation (our lawyers!) can be read here.

The FCC’s 2016 decision to get rid of the obsolete rule can be seen here.