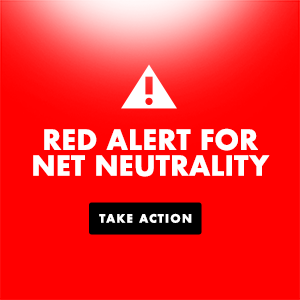 Months ago, watchers of California’s state legislature saw cause for worry in the co-introduction of two different statewide net neutrality bills to respond to the federal repeal of open Internet protections by Trump’s FCC chair Ajit Pai.

And San Francisco representative Scott Weiner introduced Senate bill 822 as a more comprehensive set of protections that won the support of academics and tech experts, as well as former FCC chair Tom Wheeler, who put forward the open Internet protections during the Obama administration.

The two bills went through parallel approval processes in the Senate side of the Legislature while heading for an inevitable collision course in the State’s Assembly. When that collision came, two things happened.

a) De Leon and Weiner announced a mutual agreement to amend both bills for a complementary package that together would provide the strongest open Internet protections in the country for Californians. This unity package was supposed to be backed by one of the most powerful politicians in California who has placed himself on the fall election ballot as the progressive alternative to long-time CA Senator Dianne Feinstein.

b) Then Miguel Santiago, a long-time colleague and friend of De Leon’s and the chair of the Assembly’s communications committee ruthlessly gutted the bill and destroyed the unity package, teaming with the committee’s Republican votes to do so. De Leon did not even show up to the hearing.

When confronted by the press, Santiago said that Californians could not tell the difference between real net neutrality and rules written by AT&T pretending to be net neutrality. Santiago told CNET on June 20 that “he doesn’t see an issue with the bridge operator setting up fast lanes”, a reference to paid prioritization or fast and slow lanes on the Internet, a position at odds with the entire Democratic Congressional delegation in Washington.

How can this be?

To find the answer, we have to look at some history. Kevin De Leon came to power as a former campaign manager for Fabian Nunez, the former California Assembly speaker and a childhood friend. Nunez was famously feted by AT&T at a Pebble Beach golf tournament in 2006 as the Legislature was voting on AB 2987 or DIVCA, a bill that deregulated the cable industry in California and destroyed local control over cable franchising and public rights of way. The bill was one of the American Legislative Council (ALEC) model bills for state legislatures designed to serve corporate interests.

A campaign finance reform advocate at the time, Ned Wigglesworth called the appearance of Nunez’s attendance at the AT&T fundraiser “awful.”

A Sacramento lobbyist Aaron Read told the LA Times in 2006, the Pebble Beach tournament  and fundraising weekend “promotes collegiality in the Capitol.” AB 2987 passed the Legislature easily under Nunez’ sponsorship and was signed into law by Republican governor Arnold Schwarzenegger. De Leon was elected to the State Assembly with Nunez’ strong backing that same year.

Miguel Santiago was the District Director for John Perez who succeeded Nunez as Assembly speaker in 2014.

In December of 2017, Kevin De Leon and Miguel Santiago stood shoulder to shoulder in Downtown Los Angeles telling Dianne Feinstein “not to come back to California if she did not force a Dream Act vote”.

The LA Times quoted De Leon as saying Feinstein “talks a good game but when it comes to standing up and supporting, she is AWOL.”

He added “Don’t come back to California if you haven’t demonstrated your leadership and your courage. I can tell you this. If the Republicans were on the other side, they wouldn’t hesitate for a nanosecond to shut down the government to move forward what they believe in.”

Santiago beside him said “advocates had to double down the shame on Democrats”.

It is time for De Leon to find his spine and not to hesitate for a nanosecond to move forward what he believes in.

Not to duck behind the curtains as his friend and his Legislature sell the Internet to AT&T.