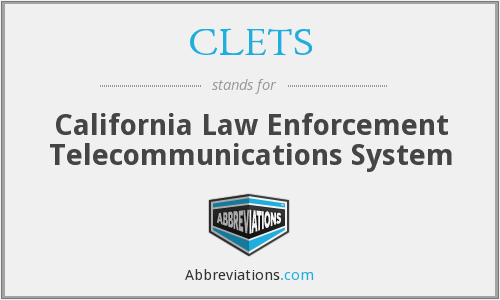 California’s Department of Justice did investigate our claim of CLETS misuse against the Alameda County Sheriff’s Department. Unfortunately they did find the use of the CLETS database to run background check information on community observers and journalists at the former regional law enforcement SWAT drill and weapons expo to be an authorized use of CLETS. Their reasoning was that the many locations the former competition occupied during the first weekend in September were all “law-enforcement secured” locations and that the background checks were analagous to those run when a citizen or a reporter does a ride along with a beat cop out on patrol.

We’re not sure that we agree, for a couple of reasons. The Urban Shield exercises used spaces all over the Bay Area, as many as 50-75 different indoor and outdoor locations including parks, open space, hospitals and schools. The protected activities are not law enforcement actions, they are pretend scenarios with simunition and actors.

However, we are glad that CA DOJ did investigate and respond to our concern and the event that led to the concerns, Urban Shield, is no more. We encourage whichever agency eventually reinstates the regional training exercise not to repeat the automatic use of CLETS searches on event volunteers and journalists observing the exercises.

For the last two years (2017 and 2018) of the Urban Shield weapons expo and SWAT drill in Alameda County, I was a community observer. I went as a citizen to see how my tax dollars were being spent, and as an activist/journalist so I could describe the event to others and to the media. What I didn’t know is that in exchange the Alameda County Sheriff would access my driving record, parking tickets and legal history through CLETS, the California Law Enforcement Telecommunications System.

Urban Shield, as a Homeland Security-funded regional training exercise for SWAT, Fire and Emergency Services, was not open to the public, although some volunteers were solicited to role-play victims and perpetrators in the counterterrorism scenarios. So the great battle that sprung up around the event starting in 2013 with protests in Oakland dislodging the weapons expo from the Downtown Marriot, reporters getting thrown out of the event, civil disobedience outside the gates, and finally bloodied heads at a Berkeley City Council meeting debating the city’s possible withdrawal from the event, was largely waged by people who had never seen the event, but knew that militaristic training of local law enforcement wasn’t helping the growing problems with excessive use of force and the deaths of unarmed people.

When Alameda County finally got serious about debating whether the Urban Shield exercise should continue, a county task force was set up, and that task force set about gathering data, including organizing delegations of outside observers. I was a member of both of those delegations, a large one in 2017 and a smaller one in 2018. As a community observer, I was asked to register and fill out a form to produce a little badge on a rope with my name. The form included in small letters, a disclaimer that a background check would be performed.

I am a privacy advocate, so a) I noticed and b) I felt uncomfortable. In practical terms, during both of my observation periods, I was surrounded by battalions of armed officers at all times, rarely less than 2 feet from me at any given moment. During my guided tour of the SWAT practices, I was escorted by armed sheriff personnel and driven about in a sheriff SUV, much as the KGB-guided tours of the Kremlin during the days of the Soviet Union were described to me as a child. While neither I, nor my fellow observers who included attorneys, medical doctors, and religious leaders, were criminals, the slightest untoward action would have resulted in being immediately blown to smithereens.

In a memo to CLETS subscribing entities sent in April 2018, the Department of Justice, reminded law enforcement agencies that CLETS was not to be used to query individuals in the media and the Automated Criminal History System (ACHS) was not to be used for licensing, employment, or certification purposes.

On April 12, Media Alliance and the Electronic Frontier Foundation filed a request for investigation into possible misuse of the CLETS database and a request that the agency cease all similar background checks on journalists and advocates engaged in oversight roles

In our inquiry, we added: “Community trust in law enforcement relies on transparency and respect for the watchdog roles of civil society and the news media. Accessing the sensitive data of these observers via CLETS discourages members of the community from participating in oversight activities.”

Read the full request below.