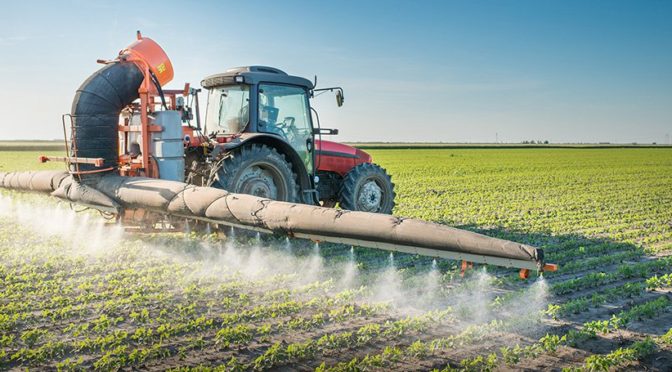 The world’s most popular yet most controversial weed killer, Roundup, has been under severe scrutiny as consumers allege that the product has caused their various health issues and cancers. The active ingredient that reportedly causes these complications, glyphosate, has been deemed “probably carcinogenic for humans” by the International Agency for Research on Cancer. Since this classification, thousands of consumers have sought legal assistance to go against manufacturer Monsanto, newly acquired by pharmaceutical giant Bayer, for selling a product they knew could be dangerous to their customers.

It was recently revealed that more than 13,400 consumers have filed lawsuits against Bayer and its subsidiary Monsanto for its Roundup product. So far, three heavily covered lawsuits have gone through American courts, all resulting in huge losses for the manufacturing company. These notable cases have paved the way for the rest of the pending suits and for consumers who have suffered because of Roundup.

In the most recent case, California couple Alva and Alberta Pilliod received more than $2 billion in damages after the jury found Roundup liable for causing each of their terminal non-Hodgkin’s lymphoma diagnoses. The couple used the weed killer on their property for years without protective gear, as the product was marketed to be safe for unprotected use. In 2011, Alva was diagnosed with non-Hodgkin’s lymphoma, and his wife in 2014.

During this case, counsel discussed the possibility of Monsanto using a marketing technique called “geofencing” to sway the opinions of the jury by having ads show up on their devices during trials. Geofencing is a location-based advertising technique that allows for paying ad-owners to select a specific geographical location to have ads appear on smart devices. Though this was originally brought up in earlier cases, it was discussed more thoroughly in this case by the Plaintiffs attorney Brent Wisner who was seeking the prohibition of the tactic. In response to his request, the court decided, “…you’re asking me to assign a subjective intent that I don’t know exists and it’s still prior restraint.”

The second case that took place was that of Edwin Hardeman, who was awarded over $80 million in damages after claiming that his use of the weed killer at his residence caused his non-Hodgkin’s lymphoma. He recalled using Roundup products frequently to treat poison oak, overgrowth, and weeds. The jury found that Roundup was a substantial factor in the development of Hardeman’s cancer.

Hardeman’s case was focused on the chemical makeup of Roundup and honed in on various studies regarding the weed killer’s relation to the development of cancer. In the four studies brought up in trial, it was found that Roundup can disturb normal cell-cycles, which can cause cancer, as well as the normal cell division of sea urchins, alluding to the potential of the same effect on humans. The studies also showed that the specific makeup of Roundup, which includes glyphosate, is more toxic than just glyphosate on its own. This chemical concoction is especially harmful to human umbilical, embryonic, and placental cells.

During this trial, a formal order of mediation was introduced, which ordered the manufacturer, as well as future plaintiffs, to find a mediator to possibly help these cases reach a settlement. On May 22, 2019, U.S. District Judge Vincent Chhabria appointed attorney Kenneth Feinberg as the mediator for settlement talks between plaintiffs and the manufacturers. He will meet with plaintiffs claiming that long-term exposure to the product has caused their cancers.

The first case brought against Bayer that came to trial was filed by Dewayne Lee Johnson, a California school groundskeeper who also claims that his occupational exposure to Roundup caused his non-Hodgkin’s lymphoma. In addition to routinely spraying the product on the school grounds, he also had an incident in which the product spilled all over his body.

After deliberation, a San Francisco jury found the manufacturer guilty of failing to warn consumers of the potentially carcinogenic ingredients that are used in Roundup. Johnson was awarded more than $280 million in damages, which was eventually reduced to $78.5 million as the covering judge decided that the award should be 1:1 with punitive damages, each now at $39.25 million. This reduction is in the process of being appealed by Johnson, whose diagnosis is terminal. Bayer is currently appealing, or has plans to appeal not only Johnson’s case, but all current jury decisions.

Johnson’s case also revealed evidence that the company had documents and various research on Roundup and glyphosate “ghostwritten.” The evidence revealed that the company colluded with the Environmental Protection Agency (EPA) to suppress a review that came out featuring the negative effects of glyphosate by the United States Department of Health and Human Services. This happened because information came out that negatively reflected their product, so in order to combat this Bayer spoke about writing their own study and paying outside scientists with large credibility in the space to put their names on it.

A few of these completed cases were deemed “bellwether trials” by U.S. Judge Vincent Chhabria, which means they set a precedent for future cases. Bellwether trials give other attorneys an idea on whether or not they should continue to fight similar lawsuits. With that said, lawsuits are being filed regularly by plaintiffs who all claim that long-term Roundup exposure has caused their health to be compromised. With thousands of lawsuits under way, Bayer may be seeing many more losses in the courtroom in the future.