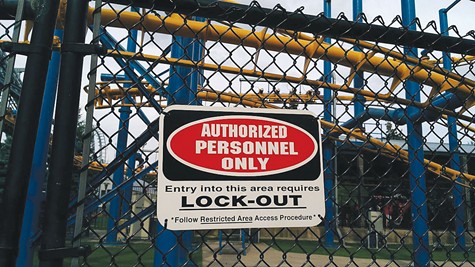 by Tracy Rosenberg. Originally published in the East Bay Express

When Joe Biden and Kamala Harris were sworn into office, it marked the first time in American history that Californians held two of the three highest offices in the federal government. No, President Biden is not from the Golden State, but Vice President Harris and Speaker of the House Nancy Pelosi both hail from the Bay Area. And with Attorney General Xavier Becerra holding a key cabinet position, officials from California now have a sizable role in influencing the Biden agenda.

The incoming administration is rightly prioritizing economic relief and Covid-19 vaccine deployment. On other issues, they’ll have to navigate narrow Democratic majorities in Congress, in which some progressive policies could be nonstarters. To avoid gridlock, these high-ranking Californians can identify policies with broad, bipartisan support, perhaps taking a page out of their home state’s playbook.

In recent years, California has become a national leader on privacy rights. Oakland, San Francisco, and Santa Clara County, among other municipalities, have spearheaded strong local laws to oversee governmental use of people’s private information and data.

Gaps in privacy protections remain, however, and top Californians in Washington, D.C. can help plug them at the federal level. This is especially true of the “smart city” programs sprouting up across the country. These programs enable local governments to collect troves of personal data with few safeguards in place to prevent it from being mishandled or abused. For example, my organization, Oakland Privacy, closely monitors a data-sharing protocol deployed by the Los Angeles Department of Transportation (LADOT) called Mobility Data Specification (MDS).

MDS is a massive data-collection system that LADOT spent millions developing. It requires mobility companies to provide the city with real-time location data for their vehicles, including each rider’s origin, route and destination. Such granular data makes it easy to identify and track riders, and can reveal sensitive personal information with just a handful of data points. LADOT hasn’t provided a concrete reason for requiring this individualized information over safer alternatives, like aggregated data, nor did it seek public input before adopting the system. Department leaders were even discovered using an encrypted messaging service to communicate with each other while developing MDS.

Real-time, re-identifiable data like the kind collected through MDS is particularly ripe for abuse. This could range from law enforcement accessing the data to perpetuate harmful surveillance practices against communities of color, to a city employee using it to stalk a former partner. These are grave consequences, which is why the American Civil Liberties Union and the Electronic Frontier Foundation are suing Los Angeles to halt MDS for violating the Fourth Amendment.

But Los Angeles isn’t alone in overlooking privacy rights. In Pasadena and in Long Beach, police used automatic license plate readers and shared the data with U.S. Immigration and Customs Enforcement, despite pledging not to. In San Diego, the city deployed “smart streetlights” to supposedly monitor traffic, but they were used by police more than two dozen times to surveil Black Lives Matter protestors. Examples like these undercut California’s standing as the pacesetter in securing privacy rights and reinforce the need for a smart cities solution that incorporates strong local oversight and federal protections.

Efforts to build so-called smart cities are not limited to California—they’re popping up nearly everywhere, from Seattle and Chicago to Columbus and New York. With their impending influence over multiple levers of power in Washington, D.C., our Bay Area leaders should spearhead legislation that reins in misguided smart city programs. High-profile members of both parties have already signaled their interest. Such opportunities do not come around often, and California officials now have the chance to make their presence known on this important issue.

Tracy Rosenberg is the Advocacy Director for Oakland Privacy, a nonprofit watchdog group that works to defend the right to privacy and enhance oversight regarding the use of surveillance.