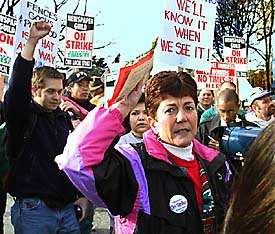 Writers and photographers during the Vietnam war considered it their responsibility to expose the lies of the Pentagon’s propaganda machine, and they often did so brilliantly. But reporters during Desert Storm and in the war in Afghanistan have generally accepted a different role, willingly or unwillingly, and pictured those wars within the political limits dictated by Generals Schwartzkopf and Franks. END_OF_DOCUMENT_TOKEN_TO_BE_REPLACED