Article in the American Federation of Teachers newspaper on the KCSM-TV threatened dissolution via spectrum sale.

San Mateo, CA-On October 24th, the San Mateo Community College District Board of Trustees voted unanimously to reject the final two bidders (of an original six) for the broadcast license for KCSM Television, bringing to an end an 18-month process by the District to try to sell the television broadcast license housed at the College of San Mateo since 1964. KCSM Television reaches 10 Bay Area counties and is broadcast on 60 municipal cable systems in Northern California. END_OF_DOCUMENT_TOKEN_TO_BE_REPLACED

As part of an epidemic of higher education institutions ridding themselves of educational television and radio licenses, the San Mateo Community College District has announced the upcoming sale of KSCM-TV, although not (yet) KSCM-FM, the district’s jazz radio station. Bids were due on February 14th to the District’s Board of Trustees. END_OF_DOCUMENT_TOKEN_TO_BE_REPLACED

The San Mateo Community College District Board of Trustees has announced the upcoming sale of its independent public television station, KCSM-TV. Some potential new owners are cause for alarm.

A January 10th walk-though for potential bidders was attended by the Christian broadcasting giant Daystar Television. The fastest-growing faith-based network in the country, Daystar’s mission is to reach souls with the good news of Jesus Christ as one of a “new breed of televangelists.” END_OF_DOCUMENT_TOKEN_TO_BE_REPLACED

Updating the San Mateo community on the sale of the non-commercial TV station KCSM-TV, which has been housed at the College of San Mateo since 1964, is no easy task.

For the second consecutive time, a public records request filed by Media Alliance (MA), this time accompanied by a request by the Palo Alto Daily Post newspaper, has been denied by the Board of Trustees. In 2012, the names of the bidders were not released until the District had already decided to reject all 6 bids. In 2013, the District confirms that negotiations are on-going with one “top bidder”, but refuses to divulge who that top bidder may be and what their plans are. END_OF_DOCUMENT_TOKEN_TO_BE_REPLACED

San Mateo-At a Board of Trustees meeting on Wednesday November 14 2012,  the San Mateo Community College District, which operates 3 community colleges (Skyline College, Canada College and the College of San Mateo), discussed the fate of the noncommercial television license they have owned since 1964 – KCSM TV. KCSM’s signal reaches 10 Bay Area counties and is broadcast on 60 municipal cable systems throughout the Bay Area. END_OF_DOCUMENT_TOKEN_TO_BE_REPLACED 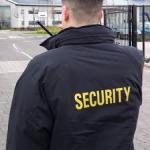 Members of the public objecting to the District’s lack of transparency, including former KRON-TV reporter and commentator Henry Tenenbaum, award-winning journalist and KAXT-TV principal Ravi Kapur, CO- based Media Stewards Project counsel Patrick Reilly and Media Alliance executive director Tracy Rosenberg, were threatened with removal by armed security prior to the board vote.
END_OF_DOCUMENT_TOKEN_TO_BE_REPLACED

In response to MA’s public records request, censored bid information was released by KCSM-TV’s owner, the San Mateo Community College District. MA was joined in the public records effort by the Palo Alto Daily Post, a local newspaper that has reported extensively on the District’s effort to sell, transfer or liquidate the 5th largest public television station in California. END_OF_DOCUMENT_TOKEN_TO_BE_REPLACED