It’s not life and death, but the distribution of press passes from the White House to the floors of major industry conventions, has long been a fraught process that can confer, or by contrast, remove “credibility” from sectors of the journalistic community. There have been long successive battles about whether citizen journalists are journalists, whether bloggers should get press passes, and about diversity in newsrooms, both ethnic and gender diversity and also viewpoint diversity.

It looks like these battles are far from over. END_OF_DOCUMENT_TOKEN_TO_BE_REPLACED 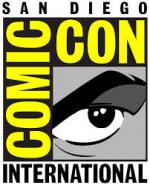 San Francisco-A film, television and gaming blogging site, Medium Rare TV, which highlights the achievements of people of color in the film, television and gaming industries, has written a letter of protest to Comic-Con International, the educational nonprofit which throws the annual Comic-Con International Trade Show in San Diego and the Alternative Press Expo in San Francisco.

Medium Rare TV is objecting to the refusal to issue a press pass to Medium Rare for the large San Diego Comic-Con exposition last month, a crucial forum for the industries MRTV covers. MRTV observed in their letter that despite their completed application being filed prior to the deadline, no reason for the rejection was provided, and that at least one outlet had applied after the deadline and not been rejected. They expressed concerns that diversity, both in race and demography, and in size and focus of the media outlets that were granted press passes, was inadequately considered. END_OF_DOCUMENT_TOKEN_TO_BE_REPLACED

On May 3, 2001, the Committee to Protect Journalists (CPJ) named Colombian paramilitary leader Carlos Castaño to its annual list of the ten worst enemies of the press. Six weeks later, a reporter from the Paris daily Le Monde caught up with Castaño in northern Colombia and asked how he felt about the distinction.”I would like to assure you that I have always respected the freedom and subjectivity of the press,” said the leader of the United Self-Defense Forces of Colombia (AUC), Colombia’s leading right-wing paramilitary organization. “But I have never accepted that journalism can become an arm at the service of one of the actors of the conflict. Over the course of its existence the AUC has executed two local journalists who were in fact guerrillas.” He no longer remembered their names. END_OF_DOCUMENT_TOKEN_TO_BE_REPLACED