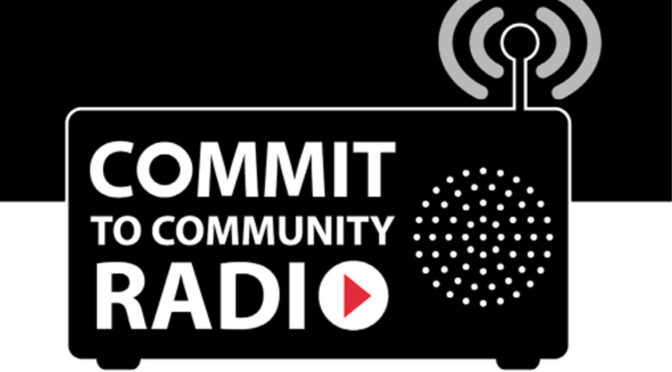 New York- On July 13, numerous prominent NY politicians joined producers and supporters of New York’s WBAI-FM on the steps of NY’s City Hall to say to the uber-wealthy owners of New York’s iconic skyscraper, the Empire State Building, that enough was enough.

Long trapped in a lengthy 15 year antenna space rental lease set at a ruinously high price with a 9% annual hike, WBAI supporters implored the billionaires to stop suing for a multi-million dollar summary judgment and sit down at the negotiating table to make a fair settlement and preserve not for profit community radio.

The long-term lease, signed in 2006 by an interim executive director with little to no input from the board of directors, took advantage of the scarcity of tall buildings in New York City after the destruction of the World Trade Tower in 2001, to charge a ridiculously high price, amplify it with an ever-increasing elevator clause, and provide no mechanism for a price correction after new construction re-introduced competitive antenna space rental options. The current market value for an antenna rental space like the one WBAI has rented from the Empire State Building since 1965 is $12,000/month. WBAI is currently charged $53,000/mo and per the lease would have to pay in excess of $65,000/mo by 2019. WBAI has a standing offer from another skyscraper that rents antenna space, the Conde Nast Building at 4 Times Square, for a $14,000/mo space rental lease, but has been unable to take advantage of the offer because the Empire State Realty Trust will not release them from their overpriced lease.

Despite the burdensome lease, WBAI, one of five listener-sponsored left wing community radio stations across the country owned by the Pacifica Foundation, was fully paid up on the lease as recently as 2013. Starting in 2014, Pacifica initiated negotiations with the Empire State Building, hoping to either reduce the rent or end the lease early. Pacifica Foundation board members were told from 2014-2016 by their executive directors that Pacifica had verbal permission to pay monthly rent at the $12,000/mo level, but that this agreement was not in writing. But in the fall of 2016, the Empire State Realty Trust sued for all of remaining rent from 2014-2016, as well as future rent due for the 2017-2020 period stating that no such discounted rent agreement was or ever had been in place.

The lawsuit from the Empire State Realty Trust threatens not only the continuing existence of WBAI-FM, but that of the other four Pacifica-owned stations KPFK-FM in Southern California, KPFT-FM in Houston, WPFW-FM in Washington DC and KPFA-FM in Northern California. A multi-million dollar sumary judgment would necessitate the sale of one of the California station real estate properties, leaving some of the biggest radio transmitters west of the Mississippi homeless and might force the entire institution into bankruptcy, throwing the largest radio transmitters in the country not owned by corporations or government entities, to the mercy of President Trump’s Federal Communications Commission (FCC).

Media Alliance director Tracy Rosenberg, a member of Pacifica’s board of directors from 2010-2013, commented: “The lease in place at the Empire State Building was a source of considerable anguish to me during my years on the Pacifica Foundation board. It was a ticking time bomb. There’s a difference between a fair return on investment and predatory price gouging that threatens the biggest piece of alternative media infrastructure left in the United States. There is too much at stake not to insist on a reasonable settlement.”

Clips from the July 13 press conference on the steps of City Hall.

On July 11, Pacifica Executive Director Bill Crosier discussed the battle with the Empire State Realty Trust on the Black Agenda Report podcast with Glenn Ford. He stated that Pacifica has paid over $3.7 million dollars to the Empire State Building since signing the 2005 lease, and millions more since tenacy began in 1965, 52 years ago. Crosier added “I’ve never seen anything like the attacks on the media, all the media, but especially independent media, as what’s coming out of Washington right now. And assaults on the Constitution and people’s rights and immigrants rights,  just throwing the Constitution out the window seems to be the trend. And I think some other media outlets are more afraid to challenge that than WBAI and Pacifica.”

Media Alliance is a Bay Area-based democratic communications advocate. They can be found on the web at www.media-alliance.org.