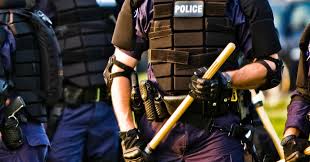 The panel for the open forum consisted of Harrison, Police Review Commission Chair George Lippman and Tracy Rosenberg, a citizen activist with Oakland Privacy, an organization that aims to defend citizens’ rights to privacy. The panel discussed how to best protect civil rights and liberties when considering police transparency, use of force and surveillance techniques.

Harrison addressed the need for substantial data to support cases of how race affects the disparity in police officers’ use of force. Lippman also said many Black constituents have described their experiences with police officers as “dangerous.”

Harrison pointed out that there is no data that shows whether people are stopped by police because of a warrant or at the officer’s discretion. Harrison added that the use of force by an officer is only reported in the case of visible weapons, a complaint or an injury.

“(With data on police’s use of force), the government would be able to look at patterns (and) figure out how to make things better,” Harrison said at the meeting.

At the meeting, some community members raised concerns about why BPD has delayed releasing information about the department’s use of force.

Harrison said she is not in favor of waiting for the most recent studies on police force, as the disparities between race have been apparent throughout past studies. She said she hopes BPD will consider hiring a data analyst.

“Part of what happened is political events last summer were used as a shield for not moving forward,” Harrison said at the meeting.

During the meeting, Lippman discussed how to establish police accountability and enhance oversight by PRC. Lippman stressed the need for a charter amendment to change the organization and procedures of PRC.

According to Lippman, BPD currently considers use of force to be reasonable and necessary in certain situations. He said, however, that PRC will consider changing the standard to only using minimal force.

“(The charter amendment) would give (the) new commission more power over policy and over discipline and the workings and priorities that the department currently has,” Lippman said.

The amendment can be put on the ballot in two ways — either through the vote of City Council or through 1,200 community members’ signatures. Lippman added that he hopes to have help from students and local organizations, whose influence will depend on the willingness and capacity of people to do community organizing.

At the meeting, Rosenberg also spoke about a new ordinance that would address surveillance systems. She encouraged residents to support the ordinance at a City Council meeting Dec. 5.

“Interests in local government transparency and accountability to the community should be a joint decision making process,” Rosenberg said. “Not everyone experiences police in the same way.”