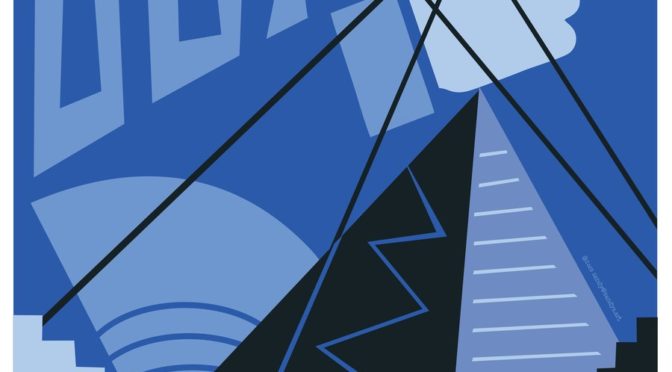 On February 17, President’s Day, activists organized by Media Alliance and Global Exchange took to the streets in San Francisco and Palo Alto to tell the world’s biggest social network to stop sabotaging democracy for profit.

In San Francisco, FB founder Mark Zuckerberg’s pied a terre in Dolores Heights was surrounded with chalk and signs and besieged with kazoos and whistles, as locals told a bevy of observing press that AI formulas sold to political candidates to abet the spread of viral disinformation was an unacceptable business plan.

And in Palo Alto, “TRUTH MATTERS” hung over the Oregon Expressway overpass on Highway 101.

For more on why SF’s safety net hospital should not bear the name of the Facebook founder, see this op-ed from Sasha Cutler from SEIU 1021.

The President’s Day actions were the third in a series that began on January 9, 2020 with a protest outside Facebook headquarters and were followed by a Truth Matters human billboard the following week.

On February 28th, there will be an action at the headquarters of the Chan Zuckerberg Foundation.

On April 9, Earth Day, the campaign will speak up again with an emphasis on viral climate change denial.