Los Angeles-AM shock-jock hosts John Kobylt and Ken Chiampou were suspended by management at Clearchannel station KFI-AM in Los Angeles on Thursday, after referring to the recently deceased entertainer and singer Whitney Houston as a “crack ho”. The cause of Houston’s weekend death has not been determined. She was the subject of an emotional tribute at this past weekend’s Grammy Awards ceremony in Los Angeles, where she had been expected to appear. Houston was also the mother of a teenage daughter, Bobbi Christina Brown, who was hospitalized earlier in the week. END_OF_DOCUMENT_TOKEN_TO_BE_REPLACED 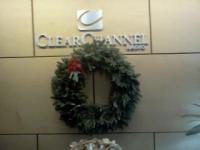 END_OF_DOCUMENT_TOKEN_TO_BE_REPLACED

On Tuesday August 11th, San Francisco became the first municipality in the country to support the National Hispanic Media Coalition’s petition for an FCC docket and report on media hate speech and its possible impact on hate crimes.

The vote was unanimous!  END_OF_DOCUMENT_TOKEN_TO_BE_REPLACED