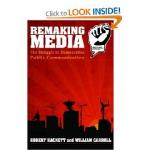 The History of Media Alliance – Excerpted from “Remaking Media: The Struggle to Democratize Public Communication”.

In its 7 January 2002 cover story on media reform, the respected progressive periodical The Nation recognized Media Alliance in San Francisco (now Oakland) as one of several ‘crucial organizations’ for building media democracy in the US.

The seed from which this non-profit media advocacy group sprouted was the post-Watergate generation of journalists, against the backdrop of a high tide of liberal reformism in American politics. The tumult of the Vietnam war era had receded following the withdrawal of US troops, but the movements which it had engendered were impacting the State machinery. Lawmakers and courts were moving forward on environmental protection, reproductive rights, women’s equality and other issues. Buoyed by the liberal zeitgeist but frustrated by the conservative disposition of mainstream media, about 50 journalists began meeting in 1975-6 to socialize and discuss media and political issues.  Larry Bensky describes his fellow founding members as journalists, especially freelancers, but also many employed in both corporate and alternative media, people dissatisfied with corporate media coverage of events in the Bay Area (like the Vietnam war and the anti-war movement), and hoping to change that. END_OF_DOCUMENT_TOKEN_TO_BE_REPLACED 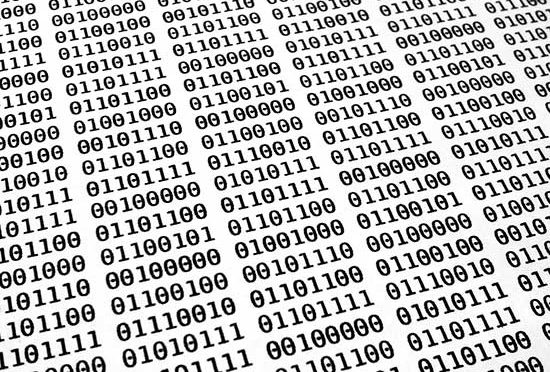 When it comes to our personal information, many of us assume our privacy is protected. Most of our friends, colleagues, acquaintances, and family members know some things about us. Perhaps one or two loved ones know much about us. We certainly do not expect our personal information to be available to a random army of people we have never met. And yet America’s Network of Fusion Centers is setting out to do just that. We’ve all seen the iconic images of increasingly militarized policing in the United States feature tanks rolling through the streets of Ferguson, Missouri, and camouflage-wearing officers wielding assault weapons while patrolling downtown shopping districts. But law enforcement militarization also has invisible aspects, none more so than the surveillance data that flow out of a growing number of devices, ending up in places we might never expect.

Based on the idea that 21st century information-sharing among a large number of agencies—including the Department of Homeland Security, the Federal Bureau of Investigation, the Central Intelligence Agency, Department of Defense, Department of Justice, National Security Agency, Drug Enforcement Administration, and local police, fire, hospital, and emergency departments—will provide a shield against acts of violence, the 78-strong national fusion-center network ensures that a lot of data follow us around wherever we go and whatever we do.

END_OF_DOCUMENT_TOKEN_TO_BE_REPLACED 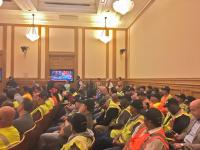 On Thursday June  2, 2016,, I joined dozens of people who live or work in San Francisco’s Mission District at the San Francisco Planning Commission to speak up against yet another huge luxury housing development proposed for the neighborhood. The activist-dubbed “Beast on Bryant” adds 196 more luxury units to a neighborhood already built out way in excess of the Eastern Neighborhoods Plan, and removes tens of thousands of square feet of badly needed light industrial space. The project was opposed by the San Francisco Labor Council and the Building Trades Council.

While the Planning Commission’s tendency to rubber stamp housing projects is infamous and nobody really expected the project would go down to defeat, the surprising part of the day and evening spent at City Hall was the full court press of the San Francisco Sheriff’s department. Why were the sheriffs intervening in Planning Commission decisions? Was this on someone’s order? END_OF_DOCUMENT_TOKEN_TO_BE_REPLACED

The killer cop trainings from Calibre, recently featured in the police militarization documentary Do Not Resist, came back to the Bay Area, only months after Santa Clara sheriff Laurie Smith removed the Santa Clara Sheriff’s Department from hosting a Calibre seminar after it hit the evening news.

END_OF_DOCUMENT_TOKEN_TO_BE_REPLACED

It was 1976. Democracy was holding on for dear life in the aftermath of Watergate. And at the center of the drama were reporters; real reporters, damn it, like the ones I wanted to be when I grew up; the ones that would take on the big guns armed with little more than an old typewriter, a pad and pencil, and bad, plain label coffee.

These journalists and these times gave birth to Media Alliance more than a quarter century ago as an institution that would hold the profession, and democracy, accountable to the highest standards of quality and transparency. MA took on union busting, protection of reporters and sources, and the perpetual corporate cover up; and it moved beyond those issues to become the area’s most important training resource for those seeking a career in media and those seeking to influence the media for progressive change. END_OF_DOCUMENT_TOKEN_TO_BE_REPLACED